The following paper presents examples of using the two Learning Management Systems (LMS), which are TeleCAD and Moodle. The first one was designed and implemented in 1998-2001 within the Leonardo da Vinci project: „Training for Teleworkers CAD System Users”. This system was mainly used to support computer classes at the Faculty of Civil and Environmental Engineering of Gdansk University of Technology (Basics of Informatics, AutoCAD skills). In 2005 the TeleCAD system won the first prize in ATVN-EU-GP Open Contest of „Best Practice Projects”. In 2003 TeleCAD was replaced by LMS Moodle, which is being used (central platform, faculties’ platforms) at the Gdansk University of Technology util present day. The paper presents different systems of assessing the quality of internet (distance) courses carried out in a form of mixed model, which are used within TeleCAD, KNOW and MATURE projects. 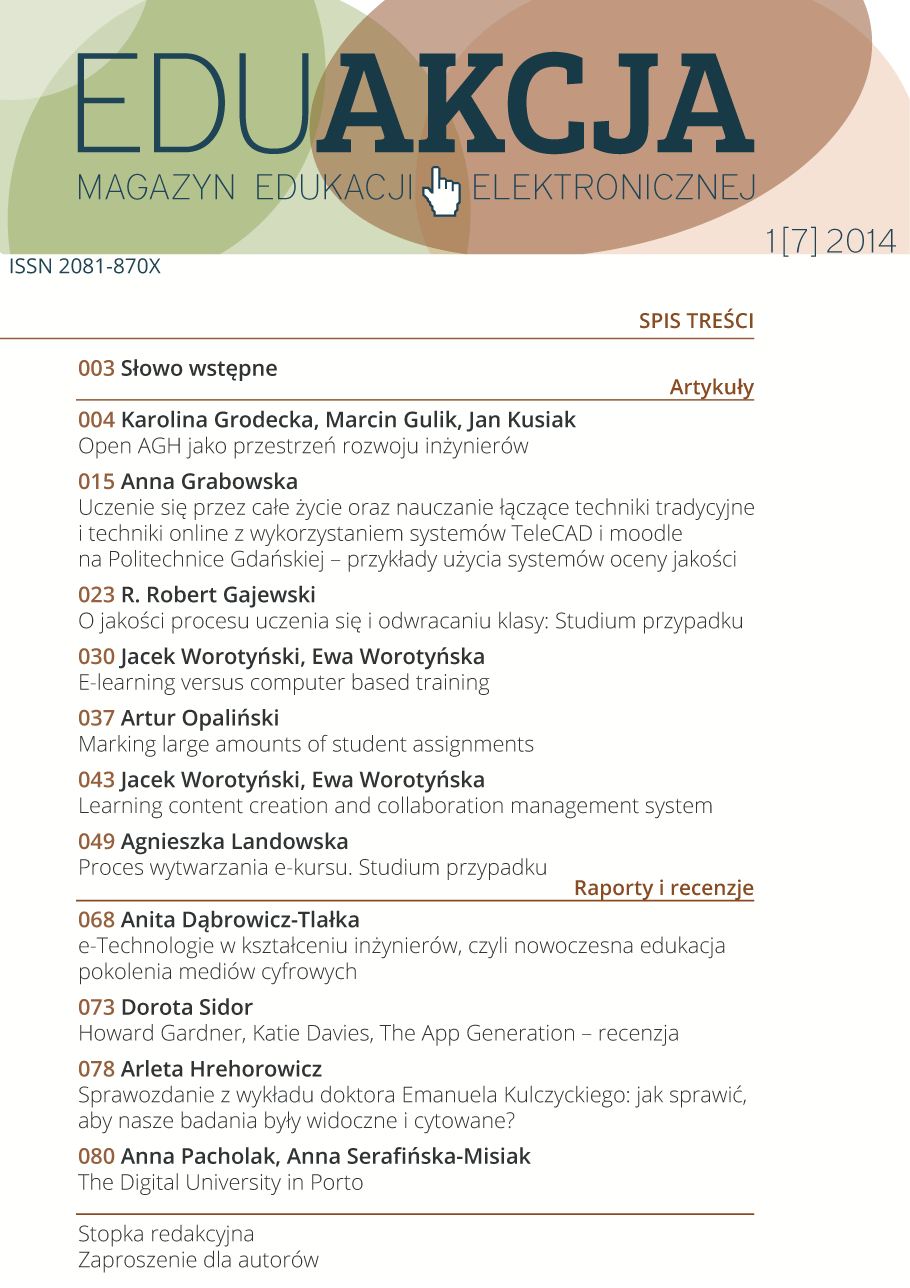