In the final years of XX century, and especially in first decade of recent century was developed a number of formal learning forms, informal and outside formal with using systems and devices based on electronic techniques. Especially Internet and computer techniques next to multitude of television channels, mobile telephony and many others opportunities of data processing, accumulation and sending allow for realisation modern forms of intramural and remote teaching and learning. Persons, which are interested in remote education, open education or e-learning is worth to close pioneer activities in Poland in this areas in years nineteen sixties and seventies of the previous century. Two of activities like that, one worldwide and second in local scale implemented electronic remote education with using television are exactly subjects of this publication. 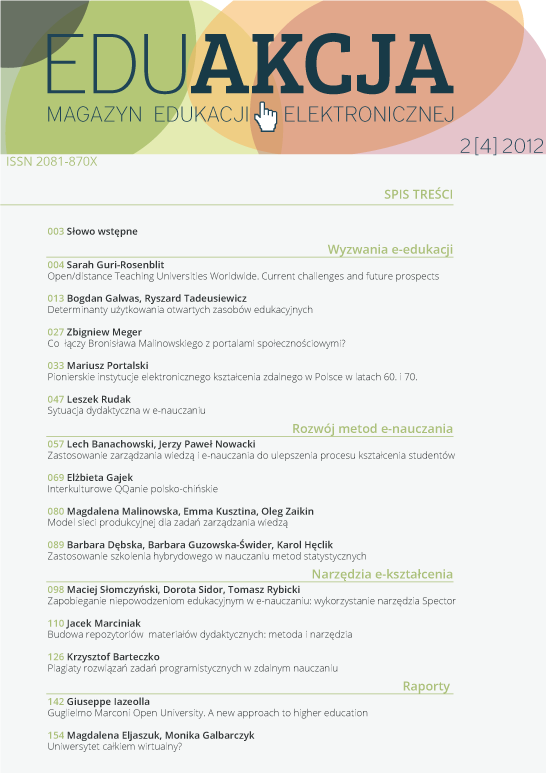